We’re excited to kick off our Customer Spotlight series with what could quite possibly be the cutest couple of all time. For anyone looking for inspiration on a first wedding anniversary gift, this couple crushed it!

We'd like to introduce you to Leanna and Steve - two of our recent customers! Steve had a piece done as a gift for his and Leanna's first wedding anniversary and, in our opinion, has really set a high bar for his future ones! Read on to hear Steve's story and how he worked with a member of our team to create the perfect anniversary gift.

Steve and Leanna met at the wedding of mutual friends, where Leanna was a bridesmaid and Steve was attending as a guest of his brother, a groomsman. During the rehearsal dinner, Leanna spotted Steve and felt drawn towards him. She told her friend that she was interested in hopes that word would spread to Steve... which it did! The pair ended up hitting it off at the wedding with Leanna even meeting Steve's mom! After a few too many drinks, she even confided in her (to be) future mother-in-law that she was going to marry her son!

Over the next few months, Leanna and Steve got to know each other better. Leanna was in Maine finishing medical school and Steve was in Connecticut serving as a Submarine Officer in the United States Navy so they visited frequently and their love grew over time.

Four months later, with Steve preparing to begin business school in Philadelphia at The Wharton School and Leanna preparing to begin her medical residency in Westchester, New York, the couple faced the first challenge to their new relationship - a long-distance separation.

Leanna and Steve knew that the distance would be difficult, but were able to work through the separation by making time to talk as frequently as possible and by visiting one another as often as possible. After completing business school, Steve moved up to New York City to join Leanna in their first shared apartment alongside their dog, Sadie!

Steve discovered Paintru when he was looking for ideas as a present for their first year wedding anniversary. Steve knew that the photo of him holding Leanna on the day of their wedding was special and among her favorite photos of the two of them. Being a bit of a traditionalist and a natural romantic, Steve wanted to stick with the first anniversary theme of paper and saw an opportunity to wow his bride with a meaningful canvas portrait, but wondered where to turn.

After reviewing a few options online, Steve turned to Paintru because quality was important to him, and he loves to support veteran-owned small businesses. Steve figured that if a company is willing to provide a 100% guarantee on the portrait and start from a completely blank canvas, they must have the competence necessary to ensure that his artwork came out exactly how he wanted it, so he took a look through the Paintru website and submitted his order from the convenience of his couch.

Six hours after Steve placed his order, a professional artist began working on the painting to bring Steve's vision to life. 11 days later, Steve received an email with a photo of the first draft of the painting. At Paintru, we call this phase the Wet Painting Revision - we work with customers directly to review the draft and make any edits to the artwork so that the final product is perfect. You can find out more about our process by clicking this link.

Steve was blown away by the first draft, but it looked like Leanna was standing on the bench, not suspended in the air! Was it possible to revise the painting so that Leanna appeared more airborne? Additionally, the sunlight in the original photo was more of a golden yellow, whereas the sunlight in the first draft appeared pale. The Paintru team talked to Steve's artist about the required edits, and Steve's artist went back to work to revise the painting by adding a touch of brightness to the bench beneath Leanna while lifting her shoes slightly to create the appearance of additional space between her feet and the bench, while adding some golden color to the sunset.

The revised artwork came out exactly how Steve intended - including a nice golden colored sunset and his beautiful bride lifted off of the bench. Thrilled with the artwork itself, but unsure of which frame would look best in his home, Steve found himself in a bit of a pickle - he needed Leanna's input on the frame but wanted to keep this as a romantic surprise gift. The Paintru team suggested that we send Steve the artwork rolled in a tube ready for him to gift to Leanna, and send him a prepaid shipping tube to the couple's New York apartment so that he could gift the painting to his bride, and solicit Leanna's input on the framing selection.

The couple received the rolled artwork and Leanna was blown away - the smell of the oils combined with the texture of the brushstrokes created a memorable gift that immortalized the couple's special day! Leanna selected a white frame for the new artwork, dropped it into a prepaid shipping tube that arrived at their New York apartment.

Steve, now that you and Leanna have had a chance to hold the painting in your hands, what do you think?

Leanna was so surprised and impressed when she received the painting as a gift. It looks exactly like the photo, but brought to life! The details are perfect. Leanna especially notes that she is obsessed with everything related to their wedding, so having a painting of our wedding photo is amazing. The quality far exceeds expectations we can't wait to hang it in our home when we get it back from the framers.

What is one thing you would you like to share with someone considering a Paintru Wedding Portrait?

Paintru’s seamless communication and personalized customer service is what really sealed the deal for us – at first, it seemed like a gift that was too good to be true. But after receiving the finished product, we realized it was truly our favorite memory brought to life as art!

Looking for romantic gift for your home? Get started on yours today!

Paintru in the News Pet Portraits

Last week, Paintru was featured in Buzzfeed’s 28 Products That’ll Do Jobs You Didn’t Know Needed to Be Done”! Mallory Mower, the Buzzfeed staff writer, submitted a... 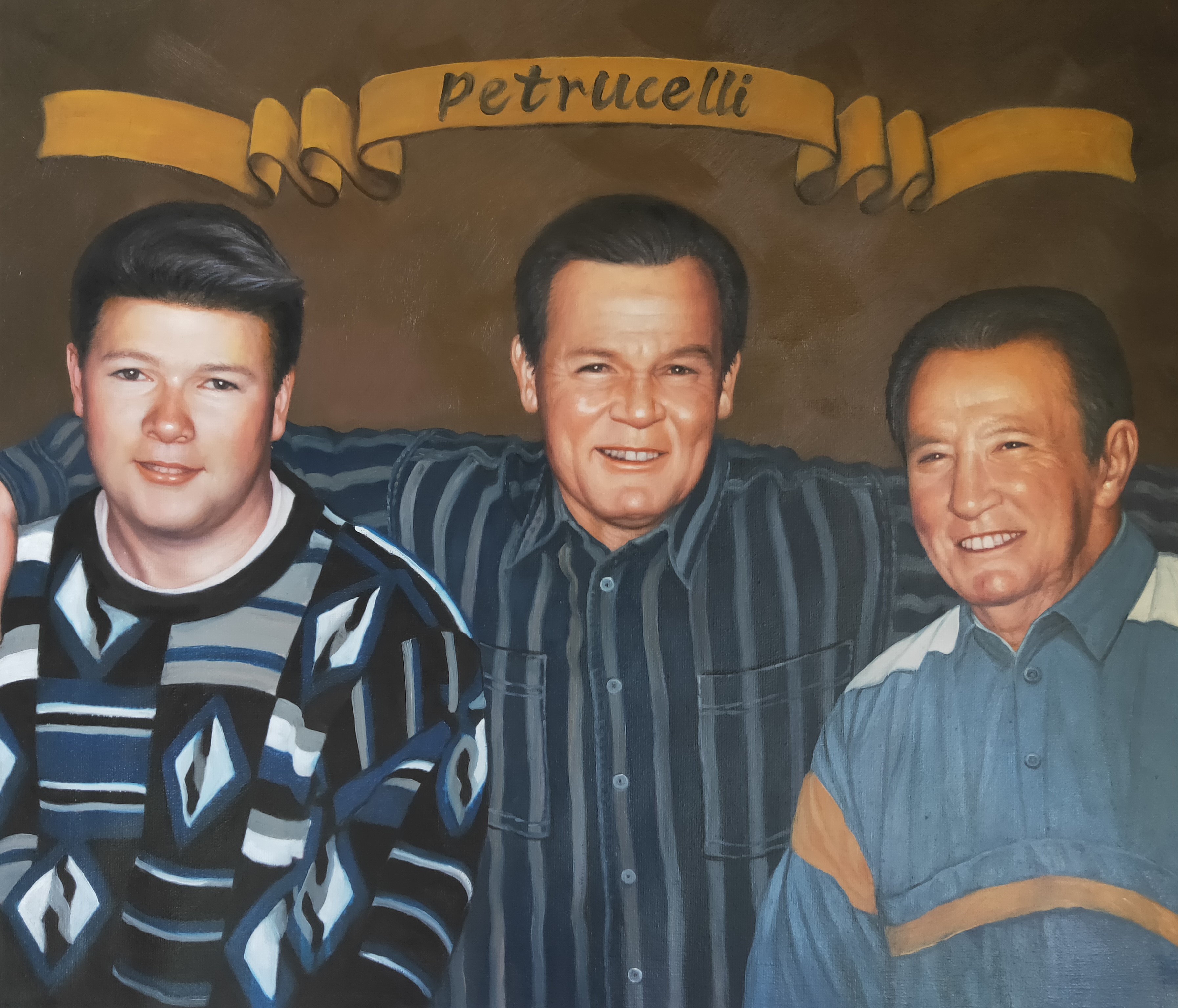 A Birthday to Remember

"The look on my husband's face as he locked eyes with his father and grandfather will continue to be one of the most heartening moments of my life."